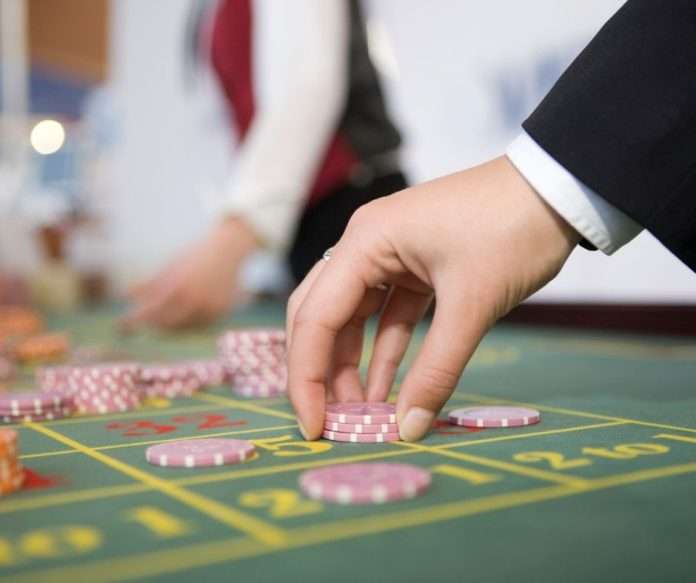 We have studied and condensed the essentials for Canadian sports betting laws into one concise article. Find out about the legality and conditions for betting in Canada.

Canada has recently become a hotspot for the betting scene and related discussion platforms since the introduction of the new C-218 bill.

You may have heard its name in the news, often used interchangeably with the more resounding “Safe and Regulated Sports Betting Act.” The law acts as an amendment of paragraphs 207(4)(b) of the Criminal Code.

Additionally, it opens the possibility of placing wagers on fights, athletic contests, and races. Horse races represent one notable exception of the bill. These are explicitly excluded from the bill.

Why Was Horseracing Excluded?

There is a reason for this, and the issue has long been discussed in the parliament. It essentially comes down to this: horserace betting has been historically run by the Canadian Pari-Mutuel Agency, or CPMA for short. This agency was in turn under the Agriculture and Agri-Food Canada governmental organization.

Liberalizing horseracing would have effectively tanked the historical agency, signing its death warrant for good. Horseracing remains legal, but only within the bounds of older legal frameworks.

The main addition to the current gambling law was single event betting. Most commentators thus christened the bill after its most important specification.

Privy to 2021, Canadians could not place such wagers. Sports betting was allowed within some provinces, but a bet had to include several events or complex stakes. Legislators rationalized the prohibition as a measure against match-fixing and outcome rigging. If people could bet on one match outcome, the rationale went, some participants would have an incentive to tip the balances unfairly.

The Thinking Behind the Prohibition

Some rationalization it was. However, partisans of the prohibition seemed to miss that there still was a $14 billion industry of single event betting. It was not running in the green, being mostly comprised of offshore websites and black market bookmakers.

Naturally, this spelt bad news for the government, which could not tax nor track the trajectories these sums of money would take. More critically, for the average Canadian, this state meant that there were no accurate or adequate protections for their funds or health.

Was Online Gambling Just a Dangerous?

Offshore online operators could have held licenses, but the trustworthiness varied greatly. Canada does not have unified legislation regarding iGaming, with provinces like Saskatchewan outlawing it entirely.

The lack of cohesive legislation led to oddities, such as the case of Quebec. The province officially had one legal online gambling site, the Espacejeux. Offshore online casinos were still accessible for the residents within the region. Still, the government of Quebec could not intervene in their inner workings. In other words, authorities could not revert or protect the customers of these websites.

Consequently, Quebec tried to pass bill 74 that would have barred the province’s citizens from offshore sites. The federal government intervened and struck it down as unconstitutional.

Yes, as it will permit fair and attested bookmakers to set shop within the nation’s online space. Not only will Canadians access verifiably honest services, but agencies, such as the Responsible Gambling Council, will have the ability to lend a helping hand to problem players.

Canada Sports Betting Across the Provinces

Since C-218 became law across Canada, any province can regulate sports betting. The speed of implementation for local authorities, however, differs.

Some provinces have been at the forefront of legalization. Their local governments plan to implement the newly permitted single-game betting by early 2022.

One of the most populous provinces of Canada will provide such services soon. There already are lottery operators that allow single-event betting, such as OLG. Residents can already use the Pro-Line+ platform.

However, we may reasonably expect the appearance of several sportsbook operators like DraftKings, FanDuel, or theScore Bet.

Quebecois residents can utilize a betting site called Mise-o-jeu, integrated into the Espacejeux platform. Quebec, too may see the introduction of third-party operators by the end of Q1 of 2022.

Some brick-and-mortar casinos may organize sportsbooks, too. However, momentarily, PlayNow remains the leading operating service.

Most Atlantic provinces have yet failed to announce when the single-game betting operators will enter the scene.

However, whenever it happens, New Brunswick, Nova Scotia, Prince Edwards Island, and Newfoundland and Labrador will probably accept single-game betting via Pro-Line+. All already participate in the Proline system run by the OLG corporation.

The prairie provinces of Canada are somewhat torn on the issue. Alberta and Manitoba already have operators, while things are more complicated in Saskatchewan.

Alberta has Sport Select and Play-Alberta, run by the Western Canada Lottery Corporation (WCLC), as working operators, while Manitoba also participates in PlayNow. Both live and single-game betting are permitted and available.

Saskatchewan also participates in Sport Select. The complication comes from local law that prohibits the running of online services on the province’s land. Thus, only offshore operators can join the province’s market for single-game sports betting.

The North Shows Most Resistance

Neither the Northwest Territories, Nunavut, nor Yukon have live or single-game betting. However, the activity is officially legal in the north too.

The Northwest Territories already benefit from having Proline, so being able to wager on single events via Pro-Line+ is a reasonable expectation.

Gambling in Nunavut is under the oversight of the WCLC. At the moment, it seems like there are no concrete plans for providing the services of an official sportsbook.

However, just like in many other provinces, offshore, and even unlicensed sportsbook operators can function within the territory since the local authorities cannot effectively enforce any prohibitions.

Yukon has always been a weird one with gambling. Take, for instance, the prohibition of long-standing casinos and the emergence of three-day gambling venues. Even such oddities are further complicated by Dawson City’s Diamond Tooth Gertie’s Gambling Hall, which, you might have guessed, is long-standing.

Yukon too falls under WCLC’s administration, but there are no solid plans for online betting. Still, single-game sports betting is available in retail locations.

The minimum legal age of participation has been established by older legislation. There are different ages both per province and depending on the gambling activity.

Specifically for sports betting, bettors have to be at least 18 in Alberta, Manitoba, and Quebec. In most other provinces, the legal participation age minimum is 19.

We can reasonably expect most provinces and territories to adopt single-game sports betting and start providing it via lottery corporations.

Private operators will also join the scene. As for the result of competition between the two, the jury is still out. The single event sports betting bill is a new piece of legislation. Its effects will show in due time.

However the sportsbook market will evolve, one thing is clear. Canadian bettors now will get better services and safer environments.